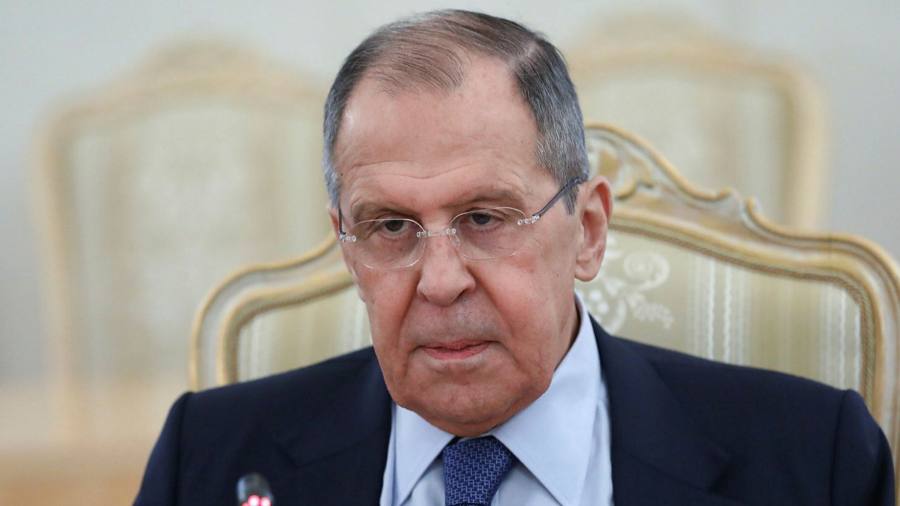 Russia will expel 10 US diplomats and restrict the work of those remaining in Moscow in a tit-for-tat response to sanctions imposed by President Joe Biden on Thursday that stopped short of a dramatic escalation of measures.

Moscow will ban Russians and other non-Americans from working in US missions in the country and stop a programme that allows US state department employees to make unlimited visits to Russia, as well as adding eight US government officials to its own sanctions list.

The US state department later said: “Our recent actions were proportionate and appropriate to Russia’s harmful activities. Today’s announcement by the Russian government was escalatory and regrettable. It is not in our interest to get into an escalatory cycle, but we reserve the right to respond to any Russian retaliation against the United States.”

In a sign that Biden’s two-handed approach — of imposing new sanctions on Russia for alleged past actions while also offering to “normalise” relations — may be succeeding, foreign minister Sergei Lavrov said on Friday that Moscow had “positive reactions” to the proposal of holding a joint summit between Biden and president Vladimir Putin.

The US on Thursday announced new sanctions against Russia for what it said was Moscow’s meddling in US elections and cyber attacks, including a ban on US banks buying new Russian state debt, sanctions against 38 individuals and entities, and the expulsion of 10 diplomats.

“We will respond to this measure with a mirror image,” Lavrov said of the diplomatic expulsions, but added that Moscow would leave the debt restrictions unanswered for now.

“For obvious reasons, we do not have comparable leverage over the United States of this [financial] scale,” he said. “We also have the opportunity to take painful measures for American businesses, [but] we will keep them in reserve.”

Lavrov also said Moscow would stop the work of US non-governmental organisations and charities that “interfere in Russian political life” and called on the US ambassador to the Kremlin, John Sullivan, to follow the example of his opposite number and return home for consultations.

The response is less belligerent than some analysts had predicted, and echoed comments by Putin’s spokesperson earlier on Friday, who said the Kremlin was open to Biden’s offer of cooling tensions between the two countries despite the new sanctions. 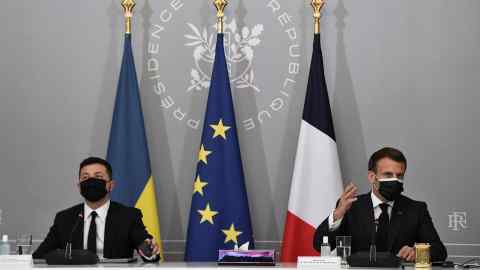 “[Putin] has repeatedly said that we are ready to develop dialogue as much as our counterparts are ready to do so,” Dmitry Peskov told reporters before the countermeasures were announced. “In this sense it is probably positive that the two heads of state see eye to eye.”

The White House on Thursday said the first set of anti-Russian measures under the new administration were to “impose costs for Russian government actions that seek to harm us”, adding: “We do not think that we need to continue on a negative trajectory.”

Two days before the sanctions announcement, Biden used a telephone call with Putin to suggest the two men meet for negotiations in a third country in the near future.

Investors said the US sanctions affecting Russian state debt would have only a small impact on Moscow’s ability to fundraise and on the attractiveness of its bonds because they allowed US banks to purchase the debt in the secondary market.

Moscow’s measures will significantly reduce the number of US employees at its embassy and two consulates general, and restrict the ability of US diplomats to travel around the country.

Joe Biden has chosen Rahm Emanuel, a former congressman and Chicago mayor, to be US ambassador to Japan, according to eight people familiar with...
Read more
Load more